Thsi image is of Namo Buddha monastery in Dhulikel region in Nepal, near Kathmandu.

I spent most of a year based near Kathmandu consulting for a charity founded by mountaineer Doug Scott, cycling the roads and hiking the long trails of Nepal - and teaching Sanskrit to Buddhist monks at Namo Buddha.

I took refuge in the Karma Kagyu lineage of Tibetan Buddhism at Samye Ling Tibetan Centre, and visited it for many years, getting to know the lamas and other characters there - it was where I met Doug Scott.

Being part of that environment, and linked in some way to the Kagyu tradition, meant that I could offer myself as a Sanskrit teacher to Thrangu Rinpoché - the boss of Namo Buddha, and a major lama in the Kagyu lineage - with some background references and trust in place.

I met him in Kathmandu at his monastery right next to Boudha stupa - that fascinating meeting, involving his piercing stare and humorous curiosity, is worth it's own description - and he accepted my offer to teach Sanskrit to the monks.

This meant that every week, I would cycle up from where I was living - in a dusty apartment in the ancient Nepalese capital of Dhulikel - a few hours out and up to Namo Buddha monastery, and teach monks for a few days.

The experience taught me much more than they learnt, I suspect. The monks were brought from all across the trans-Himalaya and were put in a group class, ages ranging between 7 and 14. It seems like the very brightest and most enterprising from their villages were chosen for monastic education, because these kids were all fearless, competitive with each other across the age gaps, and sharp as lasers.

Why would they, and Thrangu Rinpoché, welcome a western teacher of Sanskrit, and not a very good one at that? It's a fascinating situation. Why they wanted Sanskrit tuition at all is easy - Tibetan Buddhist texts were mostly translated from original Sanskrit - but why they wanted, or at least needed, a Westerner to teach it is another matter.

At the simplest level, the issue is that Tibetans were only held in cautious respect by the Nepalese. What historical cultural issues may be behind that I don't know, but what I found out was that Nepalese, undergoing a Maoist civil war at that time, and otherwise not a wealthy nation in their own right and needing as much help as they could get, sometimes felt resentful of all the attention Tibetans got, from individual Western visitors and the world's governments, as a result of their refugee status and perceived religious halo. So: native Sanskritists in Nepal didn't, apparently, want to help Tibetans out!

More equivocally, Sanskrit as taught by Nepalese, or Indians, is not really what the Tibetans wanted. The reason is this. Sanskrit as a language was started as a way to protect the supposed efficacy of the Vedas, ancient Indian Hymns in a precursor of Sanskrit. But what it became, rather than being an inroad to the Vedas, was more like a highway away from them. Sanskrit became such a useful technical language - it was never a native mother tongue for any sustained community, even Brahmin scholars - that all the philosophical and religious evolutions of Indian philosophy after the Vedas, extending through the so-called Vedānta, to Buddhism, Jainism, and out to modern so-called Hinduism (the term has no meaning in India), used it in various ways as a linguistic currency of intellectual store and exchange.

When it gradually came to the West, from the 18th century onwards, this pan-religious, highly technical context of Sanskrit was the background to how it was studied, and aligned with in linguistic parallel with Latin, which had had a similar lingua franca role in Europe after the Roman period.

But the modern uptake of Sanskrit in India was almost solely geared towards revitalizing the Vedas as a religious artefect. Even the remnants of the linguistic study of Sanskrit in India and Nepal were reliant on truly ancient methods of language learning - from a time before books! - which just were not that useful.

So: Tibetans wanted Sanskrit taught to them technically, without either the religious dogma of the neo-Vedists or the arcana of the ancient ways of teaching Sanskrit. Hey presto, English kid with an Oxford Bachelor's in Sanskrit.

More on this next time: how the kids learnt ... when we had no common language between. 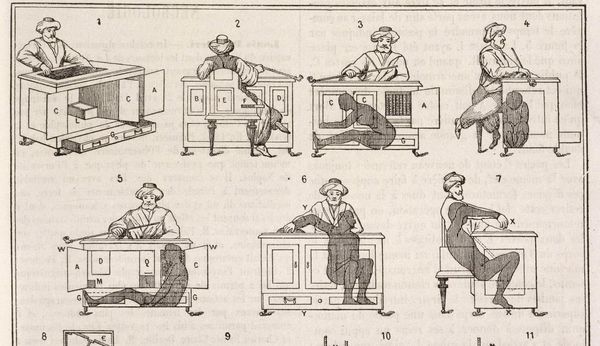 What is the relevance of Buddhism in the modern world? What even is Buddhism?