I was a curious and reflective child, and pretty early I came to conclusion, intuitively, that analytical, rationalizing consideration of stuff was not going to lead directly to ultimate conclusions about things. Something cognitively transcendental was going on, it seemed - and seems - to me.

It's not that very hard to come to that conclusion. If you investigate emotions, or things that induce emotions like music, what you end up with as analytical residue is clearly less than not more than the sum of the experiential parts. Looking for emotional meaning in analytic descriptions is like looking for fire in ashes.

Perhaps less obviously, but even more universal - to me at least - is limitation on rationalizing our perception of the present. Do we not perceive the world, consider it, understand it, act on it - at least in part before or even without rationalizing it? Trying to get reality here and now to reveal itself in analytical terms feels like scratching at an insect caught in amber. You can see all that is there - but somehow there's a barrier, or whole realm, between you and the details.

So somehow I ended up studying Transcendental Meditation at the age of 14. I didn't know much about what it was, other than it both explained itself in quasi-scientific terms, and seemed to invite engagement with cognition and perceived reality beyond the rational.

From there, and partly through one of my favourite classical piano performers - Arrau - being interested in it, I gradually became interested in the overall Indian classical tradition, including the various aspects of Hinduism, Jainism, and ultimately Buddhism, including Chan and Zen. That's how I ended up studying Sanskrit and Buddhism at university.

Being a Buddhist is not really a thing you become, no matter that there are rituals that some claim establish a status, or beliefs that others believe definitive. And it doesn't matter either way. You don't become a 'sportist' by doing exercise, and if you do, the name itself doesn't make you fitter, happier, or a scorer of goals or climber of mountains.

Buddhism is more like a lens, or a knife, or a ship. It doesn't change the world itself at all - but it maybe can change the way you interact with it, for better, or worse, and how you perceive it. But the question is: we know why we might use a lens, knife or ship? Why - and how - might we use Buddhism?

Buddhism's inherent weakness turns out to be its inherent strength, as frustrating as that is: it isn't very useful. Getting guidance on jobs, relationships, families, saving the planet, even just feeling less angry or confused today, from Buddhism is remarkably hard, maybe even impossible.

To this extent, I sometimes - often - doubt it if Buddhism even has a future, it is so very impractical and removed from daily affairs. Most of what is adopted as Buddhism in modern life - mindfulness, compassion, non-violence and related ideas and practices - is not at all specific to Buddhism.

In fact, I suspect that most practices identified as Buddhist in modern life are just branded encumbrances, that will lose any special cachet whether or not, perhaps particularly if, they work.

What Buddhism does do, even as a background to the rest of life, is offer a quietly stubborn challenge to the instrumentalization of both itself, and even people - and ultimately a rebuke to reification on all levels. This is the reason why it is impractical: because practicality is all about instrumentalization and reification. This helps that work better is a not the framework, or goal, of Buddhism.

So why would anyone engage in something so wilfully, systematically impractical? Is it really doing anything?

It seems its a response to perennial desire for foundational understanding, or an truly stable base for emotions, in a world where everything changes. If the things and people of the world, and the improvements they might seek and enjoy, all change all the time, and ultimately dissipate, where should our minds and feelings go, ultimately, to avoid a sense of pointlessness? Reification and instrumentality don't help with this.

In parts of the Buddhist tradition, Buddhist teaching is likened to a the hub at the centre of a wheel. The hub is where the axle sits, and where all the spokes radiate from - and yet it is a hole. This is one of many classic de-reification and de-instrumentalization analogies that Buddhism uses to try to explain what it is offering. Something makes a world of difference, but it is somehow not a thing-in-itself.

In this way, you could describe Buddhism as a kind of architecture-of-insight: the configuration is the 'thing', which is only experienced as a composite of its constituents, and neither as any one of its parts, nor even as some lumpen totality.

And this configurative character of Buddhism aligns with what it says about the world: the substance of the world always changes, but its configuration has persistent characteristics. Look deeper at those, maybe.

I think that is about as far as you can go, anyway, in trying to force Buddhism into words and into a 'what does it do' box. It doesn't make it any more practical. But maybe it offers an inspiration of for those that feel there must be something more substantial to life - without pretending to offer an eternal edifice, common to religion, of its own.

Often, I wish it was more practical. Taoism has a very practical bent, and puts many more words on things to do and feel, and how to act, even if they are still rather mystical. Buddhism historically sets up quite a powerful binary between engaging and not engaging: it's the monks and nun who are the real action heroes here, which is rather uninspiring and disempowering in practice.

Is that enough use? A way of seeing into the configuration of things, without getting stuck in the things themselves, or attempting to take the configuration as a thing itself? I find it inspiring and brilliant as an approach to absoluteness and complexity, and believe there must be active wisdom in practising it. But all the same ... I wish it was easier. I mean more practical. 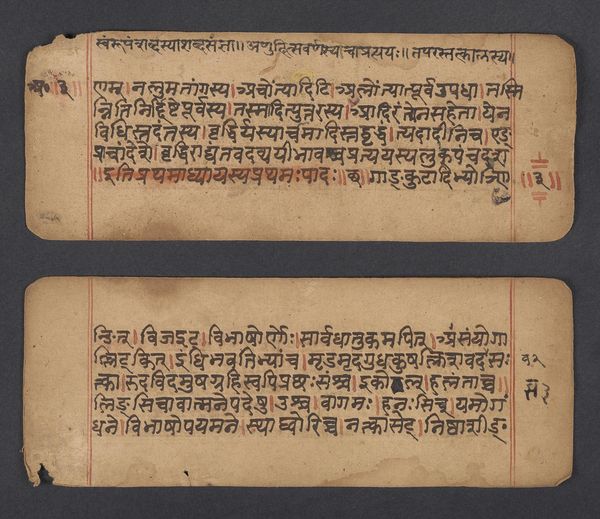 Teaching Sanskrit to monks at Namo Buddha. Why and how.