I think movies are the primary medium of our age. The intensity of creativity and talent, amount of attention gathered,  feelings and thoughts evoked–are far in excess of any other cultural medium today.

In fact, the depth of sheer talent and skill in film is maybe not so well known, compared to skills needed for, say, opera, or painting. From the storyboards of Ridley Scott,  technology innovations of Peter Jackson and Weta, set designs of Ken Adam (Bond), to the invention of new sounds by Hans Zimmer - films are treasures.

Separately, I have had a comparatively impoverished male role-model environment growing up. From a father and stepfather who were violent and criminal, boarding school teachers who were usually cruel or stupid or both, to university mentors who both died before their time.

Maybe these two things account for the fact I spent so much time watching films about guys trying to work out what is going on. Particularly with themselves.

In the bigger picture, the role of the male in modern industrial society is clearly in some kind of crisis.

As it should be: patriarchy and sexism must end. But men can't end. They have to do and be something. I became horrified of male patterning at young age watching and hearing about a violent males–who were supposed to be role models–and so maybe have some kind of headstart on others who come to doubts about masculine typing later on. But for anyone, it's one of the great undiagnosed and untreated diseases of the epoch: what are men for?

The Tao Teh Ching, an actually useful wisdom book, unlike most, says "know the masculine, keep to the feminine".

As far as I can understand this, it means something like: allow the feminine to govern, let emotions breathe, avoid war and fighting postures - but also know how to fight, know how to contain emotions.

If what we learn from this is, let the feminine in oneself and society come to the forefront, ok, that's clear enough. But: it still leaves the work of finding and cultivating the male, in particular finding it and situating it alongside the feminine, to be done.

Whether as field notes, or medication, or vicarious ride, or fantasy, I spend a lot of time with movies that are mainly, subliminally, about the search for the male role or psyche. If we, or I, can't find a good answer we can at at least spend time on the search.

I actually think a lot of movie comment and analysis misses this precise aspect: what the lead characters are doing. Even the writers, actors, directors often don't always consider it directly, when asked, it seems.

This is not about heroes, and their brooding, or their restraint, which is a near-miss in this territory. That narrative, of the male with an established role and validated power, holding their strength in reserve, is very different, more mythic and clichéd. It may also be useful in the modern search for the male - but I don't think very much so.

The search for the male in the modern age is, for me, more characterized by not just uncertainty of what to do moment by moment, but by sustained unacknowledged and unacknowledgeable existential panic about what role and type they should be aligning to, what guidance and goals should be framing any individual moment. The characters that embody this are unheros. Folks in a central role, but on the search for their hero narrative, or some narrative, rather than embarked on it.

One movie that hits home for me in this regard is Collateral with Tom Cruise and Jamie Foxx. As with all the films of this type that magnetize and move me, the surface plot is just the artifice to reveal and mobilize the deeper human dynamic. In this film, the plot - Cruise the hitman co-ercing Foxx the taxi-driver to drive him round - can sell tickets, but the psychological space shared by the two and the journey they take is the movie. Cruise appalls Foxx with his killing; but also punctures his myths and shame, empowers and liberates him. Foxx challenges and ultimately kills Cruise; but is touched by his mysterious truth-to-cause and managed loneliness.

Benjamin Button is movie that is routinely misunderstood in this regard. It's seen as a fantasy or sci-fi curio, or at love story  at best perhaps, but really - obviously - it's about a man who is born disfigured. That's it, that's the whole plot.

All that really matters is that he cannot form normal relations and cannot live a normal life - the circumstances are just a novelty. And how does he respond to that? With such grace! The story of Benjamin Button is a man who came to terms very fast and very fully with limitations and unfairness, without hysterics or blame. Surely such gentleness and acceptance is a model in a time of males coming to terms not just with new constraints, but the constraints that everyone faces when not boosted by patriarchy.

Michael Clayton is a marvellous inner journey in this category. Clooney as the fixer lawyer is thrown into a dynamic where none of the pieces are clear to him and most of them are not truly his responsibility, while even the ones that are - a restaurant venture with a drug-addict brother - are fractured beyond repair. And his response is to strive to seek a resolution, on behalf of others, even while he knows that his own role is very compromised.

The resolution of the plot, again, is not the movie: the movie is the story of a male search for authentic self. The final shot, of Michael Clayton, riding around in a taxi, with the camera on Clooney's face, reveals that the filmmakers know this is really what the film is about. The interior life and a search for meaning, a journey not a state.

A special case in this category is Blade Runner. But not the character of Deckard: rather, Roy Batty. One of the most moving lines in modern cinema goes unnoticed, right next to one of cinema's most famous.

Right before Roy Batty says, All those moments will be lost in time, like tears in rain. Time to die–a rightly famous line–he describes what those moments are:

I've seen things you people wouldn't believe. Attack ships on fire off the shoulder of Orion. I watched C-beams glitter in the dark near the Tannhäuser Gate.

And this is the tragedy: the uniqueness of the experience that no-one wants to know, that will now be wasted due to his artificially short life. The story of Blade Runner is not, for me, about a rebellion, or a search for prolonged life. It's a search for meaning: the replicants, or at least Roy Batty, can't understand why the humans wouldn't want provide a role and meaning for someone that could experience what he has.

There are many more I could share. I only discovered this tendency after realizing gradually that there was a group of films I could and do watch repeatedly, even at short intervals, and find moving in the same way every time. In Interstellar, at the culmination when McConaughey's astronaut is pleading across spacetime for his daughter to prevent him from leaving, I always cry a river - partly for the authenticness of the acting, but mainly because of sympathy with the sheer cosmic and emotional confusion that the character is in.

Men like him around the world are committed to grand missions that take them away from intimate basics, substituting narrative worth and social status for human connection. Even on reflection that make those choices again, in their minds.

But: when the missions and their roles in them are subject to fundamental questions, they truly have nowhere to turn. You thought you climbed a mountain, using only ropes, but you discovered you just got tangled in ropes. This is not the drama of heroes giving up kingdoms. This is would-be-heroes discovering by turns the kingdom they sought maybe does not to exist.

Probably my favourite in this sub-genre (meta-genre?) is the three original Bourne films with Matt Damon, and the Bourne spin-off with Jeremy Renner. Bourne's journey is not one of revenge, it's not even about the search for his actual identity - it's the search for his soul and role as a human. The exercise of extreme effort in the moment, the running, fighting, loving, is all framed brilliantly by the overarching uncertainty of why he is doing or involved with any of this at all. He could always walk away - it's what Marie says before she is killed because of him - but the need to be someone, not even a hero could even be a villain, but someone, is too strong, so on he goes.

Men need roles. And if it's not as patriarchs, or outriders of the patriarchy, what are they? It might seem ridiculous that I see Bourne as a guide or at least seeker in this regard. Maybe it is. But as I say, I think films are the mediums of the age, and they capture and convey truths in coded ways that maybe even the filmmakers are not fully conscious of.

This is not to say that all films that touch on similar themes have the same potential. I sometimes think films starring Harrison Ford explore the same subsurface dynamics, such as Blade Runner and even Indiana Jones. Then other times, I just think Harrison Ford has made a career out of looking confused.

Emerging for me is a parallel genre of films that showcase women seeking new roles and with that, new meaning. I can see it, I think, in the magical film Arrival, a classic of modern cinema in images, mood, themes, where the linguist character played by Amy Adams navigates a similar dynamic - confused in the moment and lost in the bigger picture, but seeking urgently on both levels. To a lesser extent you can even see it in female lead seeking a new existence in the films Her and Ex Machina.

But I will leave science-fiction for another time. And also I am worried that I don't know what I am talking about here: if someone told me that the supernatural action move Wanted, with Angela Jolie as semi-naked slow-motion gun-assassin in the lead, was really an investigation of her need to define the role of women in the post-patriarchy, I'd probably think it was true.

For me, films are often meditations or medications I guess, at least the ones I watch a lot. There is a will-to-action, a readiness-for-action - basically a lot of action - that I think men exhibit naturally - and joyously - but when the motivations, contexts, goals, rewards of that action are taken away, or shown never to have been viable at all, what is left for men, apparently, is either, if we discount pointless fighting, ultimately acquiescence and passivity; or something else, some kind of search, however fraught.

Maybe it's just me, and my personal circumstances. But not so deep down, I don't think these films would exist if, as part of half the population of a set of modern consumer-industrial societies, a fair few men weren't subliminally wondering, asking, searching, panicking, about roles, meaning, futures. I don't think surfacing this, if it it's a thing, is necessarily about asking for yet more special treatment for men. It's about the actual reality of society, and people. 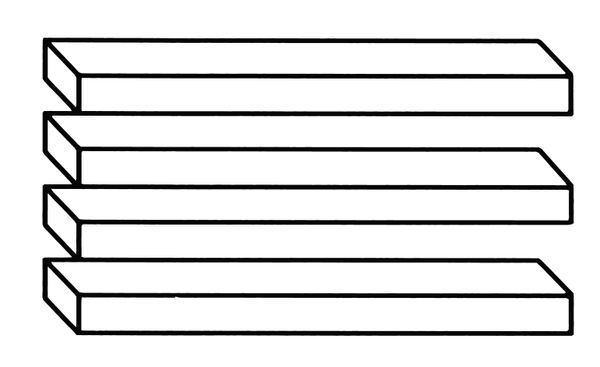